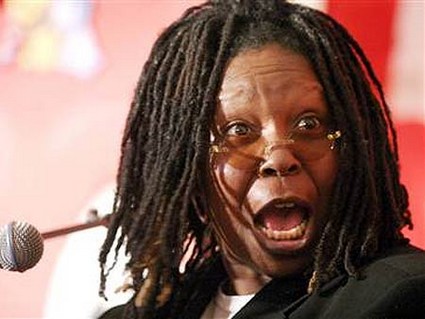 Prime Minister Justin Trudeau’s promise to legalize marijuana has grabbed the attention of many pot entrepreneurs — including Whoopi Goldberg, who’s eyeing Canada as a potential market for her line of cannabis-infused menstrual pain products.

But the American comedian and talk-show host said she’d like to change that.

“It’s going to take a minute,” Goldberg said Monday in an interview, noting that making the products available north of the border will require overcoming a number of regulatory hurdles.

“You have to go through lots of different conversations.”

Goldberg founded Whoopi & Maya alongside Maya Elisabeth, a California-based creator of medical cannabis products and the founder of Om Edibles.

In addition to cannabis, many of the products contain herbs and other natural ingredients — such as elderberries, cramp bark and ginger — that promise to alleviate some of the pain and discomfort that women experience during menstruation.

“I said, ‘Is there anybody doing anything for menstrual cramps?’”
— Whoopi Goldberg

Goldberg said she was propelled into action when she heard that other celebrities, including Snoop Dogg and Willie Nelson, were entering the cannabis business.

“I said, ‘Is there anybody doing anything for menstrual cramps?'” she recalled.

“And everyone laughed and said, ‘No, it’s a niche market, no one is going to do that.’ And I said, ‘But the niche market covers half the population.'”

Goldberg: Women asking ‘Why can’t we get it here?’

The actor, well known for her role in the 1992 film “Sister Act,” said the product line has been a hit since its launch in April, including with women from outside California who have sampled it while visiting.

“Women who have used the products have lost their minds and said, ‘Why can’t we get it here?'” said Goldberg.

Her message to those women is that she’s working on it but it’s going to take some time given the legal complexities surrounding marijuana.

In Canada, for example, only a handful of licensed producers are permitted to sell medical marijuana to patients, although the federal government has said it plans to introduce legislation to legalize the drug for recreational use next spring.

Goldberg said she wants to get the ball rolling ahead of that.

“Your new guy is so smart — young baby Trudeau,” Goldberg said. “He’s so smart at this. I just want to make sure that we’re talking to people so that we can bring our product.”

But it’s too soon to say when or even if the products may be available in Canada.

“We’re just getting our toenails wet.”